Cormac Doherty – You Are Not A Stranger Here – The Nonduality Podcast

28th September 2020
In this episode, Nic Higham and Paul Dobson speak with Cormac Doherty. There’s nothing else but reality and reality is nondual; singular, all-encompassing. It’s here, it’s obvious, and it’s immediate. When we try to conceptualise reality or to attempt to explain its mechanisms, we soon discover that its complexity is off the charts.
The flipside to unknowing, indeterminacy, and uncertainty, is an openness to wonder and novelty, to new information as it unfolds. There’s an aspect of this existential openness where one can be available to what’s revealing itself in realtime. The opposite state is concluding, “Well, it’s like this, and it’s fixed this way forever.” We’re trying to evoke a kind of wordlessness.
There’s always a constant presence of experiencing that is the fundamental ground. What else would the ground be, if not experiencing? We’re talking about actuality and actuality is experiencing. It is what is given and all we know.
From one perspective, we’re a tiny little dot in that which has no reference points; just limitless space in all directions. Where’s the coherence in that? Where’s the logic in that? This is simply an ongoing, open-ended exploration in which we open our eyes and look around the world while being directly nakedly tuned-into what is.
In the final inquiry, reality is unknown, but it’s anything but unfamiliar. We’re also absolutely intimate with it because we are it. “Like a wave in the ocean,” Alan Watts said, “You are not a stranger here.” All phenomena arise in you and from you, the one experiencer that is verifiable. And so, the dropping of the need to explain and the need for answers can bring a natural capacity of flowing with whatever reality is. 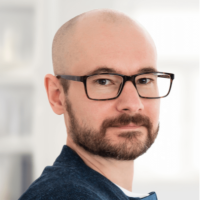 Nic Higham is a nondual therapist and coach in Leicester, UK whose work is based on the Nisarga Yoga of Nisargadatta Maharaj.
Joan Tollifson - The Natural Acceptance Within the Recognition of Wholeness - The Nonduality Podcast
Previous Article
#42 - The Nonduality Podcast - Cormac Doherty - You Are Not A Stranger Here -
Next Article
KEEP IN TOUCH WITH NIC