“…you feel separate from your true Self, and you are trying to become reunited; that is yoga.”

“Yoga has popularly been translated as “union with the divine” and may refer to a number of different spiritual systems.”

“…the common denominator of all the epic definitions of Yoga is disciplined activity, earnest striving—by active (not rationalistic or intellectual) means” rather than the more popular translation and cognate “union.”

– Edgerton cited in ‘The Yoga Sutras of Patañjali: A New Edition, Translation, and Commentary’ by Edwin F. Bryant

“Yoga is uniting, two things joining together— that is yoga… Yoga means the bridge, the link, or the connection… Yoga was not required prior to the appearance of the bridge. You must find out what your state was prior to the bridge.”

“You know that you exist, and that is beyond any doubt. It is a phenomenon. Now, try to unite this ‘you’ and your consciousness, and see the miracle that follows. This is worth doing, as all your normal actions are nothing but entertainment.”

“Then, slowly the mind will get purified and consciousness will be free of the body-identity. Thereafter, you will know clearly what you are. Your spontaneous nature, which is free of all practices, becomes known to you… When you become most comfortable with your consciousness, without doing anything you are already the Eternal.”

Did Yoga Originate in India?

Yoga is thought to be more than 4000 years ago old and has its origins in Northern India. ‘Yoga’ was initially cited in the Rig Veda, an ancient sacred text.

“Yoga has been practiced on the Indian subcontinent for well over four thousand years.”

“Yoga is thus best understood as a cluster of techniques, some more and some less systematized, that pervaded the landscape of ancient India.”

Which Yoga is Right For Me?

“Yoga has popularly been translated as “union with the divine” and may refer to a number of different spiritual systems. The Bhagavad Gītā, for example, discusses a number of practices that have been termed yoga in popular literature: karma-yoga (buddhi-yoga), the path of action; jñāna-yoga (sāṅkhya-yoga), the path of knowledge; bhakti-yoga, the path of devotion; and dhyāna-yoga, the path of silent meditation (which is the subject of Patañjali’s text), and terms such as tantra-yoga, siddha-yoga, nāḍa-yoga, and so forth are now common in alternative spiritualities in the West. Typically, however, when the word yoga is used by itself without any qualification, it refers to the path of meditation…”

“…dwelling on the sense ‘I am’ is the simple, easy and natural Yoga, the Nisarga Yoga [of Nisargadatta Maharaj]. There is no secrecy in it and no dependence; no preparation is required and no initiation. Whoever is puzzled by his very existence as a conscious being and earnestly wants to find his own source, can grasp the ever-present sense of ‘I am’ and dwell on it assiduously and patiently, till the clouds obscuring the mind dissolve and the heart of being is seen in all its glory.”

What Are Patañjali’s Yoga Sutras?

“Patañjali was the compiler of the Yoga Sūtras, one of the ancient treatises on Indic philosophy that eventually came to be regarded as one of the six classical schools of Indian philosophy. He presented a teaching that focuses on realization of the puruṣa—the term favored by the Yoga school to refer to the innermost conscious self, loosely equivalent to the soul…”

“Patañjali is not the founder of the practice of yoga, which… is an ancient practice that preceded even Patañjali.”

Did Yoga Come From Hinduism?

“… Patañjali’s Yoga Sūtras is one of the most important classical texts in Hinduism and thus a classic of Eastern, and therefore world, thought.”

“…yoga is a word with many meanings… the four main paths of Hindu mysticism… [include] jnana yoga, the yoga of knowledge, aspirants use their will and discrimination to disidentify themselves from the body, mind, and senses until they know they are nothing but the Self.”

“According to Patañjali’s definition in the second sūtra, yoga is the cessation (nirodha) of the activities or permutations (vṛttis) of the citta. The vṛttis refer to any sequence of thought, ideas, mental imaging, or cognitive act performed by the mind, intellect, or ego…”

“The citta can profitably be compared to the software, and the body to the hardware. Neither is conscious; they are rather forms of gross matter…”

“Yoga claims to provide a system by which the practitioner can directly realize his or her puruṣa, the soul or innermost conscious self, through mental practices.”

“The means prescribed by Patañjali to still the states of mind or fluctuations of thought is meditative concentration, defined as keeping the mind fixed on any particular object of choice without distraction. By concentration, the distracting influences of rajas and tamas are suppressed, and the sattva [beingness] aspect of the mind can manifest to its full potential.”

– Edwin F. Bryant (in ‘The Yoga Sutras of Patañjali: A New Edition, Translation, and Commentary’, a must have Yoga book).

“The Nisarga Yoga, the ‘natural’ Yoga of Maharaj, is disconcertingly simple — the mind, which is all-becoming, must recognise and penetrate its own being, not as being this or that, here or there, then or now, but just as timeless being…

To delve into the sense of ‘I’ — so real and vital — in order to reach its source is the core of Nisarga Yoga.”

What Yoga Teaches You

“When the five senses are stilled, when the mind Is stilled, when the intellect is stilled, That is called the highest state by the wise. They say yoga is this complete stillness In which one enters the unitive state, Never to become separate again. If one is not established in this state, The sense of unity will come and go.”

“The supreme Self, adored in the scriptures, Can be realized through the path of yoga. Subtler than the banyan seed, subtler Than the tiniest grain, even subtler Than the hundred-thousandth part of a hair, This Self cannot be grasped, cannot be seen.”

Why Yoga is Important

“Those who disidentify themselves with the conditions of perception in maya wake up into a higher mode of knowing in which the unity of life is apprehended directly. The disciplines for achieving this are called yoga, as is the state of union: the word comes from the root yuj, to yoke or bind together. The “experience” itself (properly speaking, it is beyond experience) is called samadhi. And the state attained is moksha or nirvana, both of which signify going beyond the conditioning of maya –time, space, and causality.”

What Yoga Helps With

“In this state we realize that we are not a physical creature but the Atman, the Self, and thus not separate from God. We see the world not as pieces but whole, and we see that whole as a manifestation of God. Once identified with the Self, we know that although the body will die, we will not die; our awareness of this identity is not ruptured by the death of the physical body. Thus we have realized the essential immortality which is the birthright of every human being.”

“In its exported manifestation, yoga has tended to focus on the physical aspect of the system of yoga, the āsanas, or stretching poses and postures, which most Western adherents of yoga practice in order to stay trim, supple, and healthy. Patañjali [the compiler of the Yoga Sūtras] himself, however, pays minimal attention to the āsanas, which are the third stage of the eight stages, or limbs, of yoga, and focuses primarily on meditation and various stages of concentration of the mind.” “The reconfiguring, presentation, and perception of yoga as primarily or even exclusively āsana in the sense of bodily poses, then, is essentially a modern Western phenomenon and finds no precedent in the premodern yoga tradition…”

“By performing … physical Yoga asanas, etc., you get a certain satisfaction, but that is not spiritual knowledge.”

“Asana means a yogic posture. The most stable asana is conviction of Self…”

“Your posture should be of thoughts and consciousness, by making them steady. Mere body posture is inferior and not adequate.”

“Meet your own self. Be with your own self, listen to it, obey it, cherish it, keep it in mind ceaselessly. You need no other guide. As long as your urge for truth affects your daily life, all is well with you. Live your life without hurting anybody. Harmlessness is a most powerful form of Yoga and it will take you speedily to your goal. This is what I call Nisarga Yoga, the Natural yoga .”

“Here the word does not refer to the physical postures and exercises (hatha yoga) it connotes in the West; it refers primarily to disciplining the mind. Yoga is evenness of mind”: detachment from the dualities of pain and pleasure, success and failure. Therefore “yoga is skill in action,” because this kind of detachment is required if one is to act in freedom, rather than merely react to events compelled by conditioning.”

What Does Yogi Mean?

‘…yogi literally means “one who is accomplished in yoga,” and yoga means “integration of the spirit.” In this sense, yoga means wholeness or the process of becoming whole at the deepest spiritual level. The word yoga is also often used as a synonym for raja yoga, the practice of meditation as taught by Patanjali; for meditation is the direct means of becoming integrated, united with one’s truest, deepest Self.’ 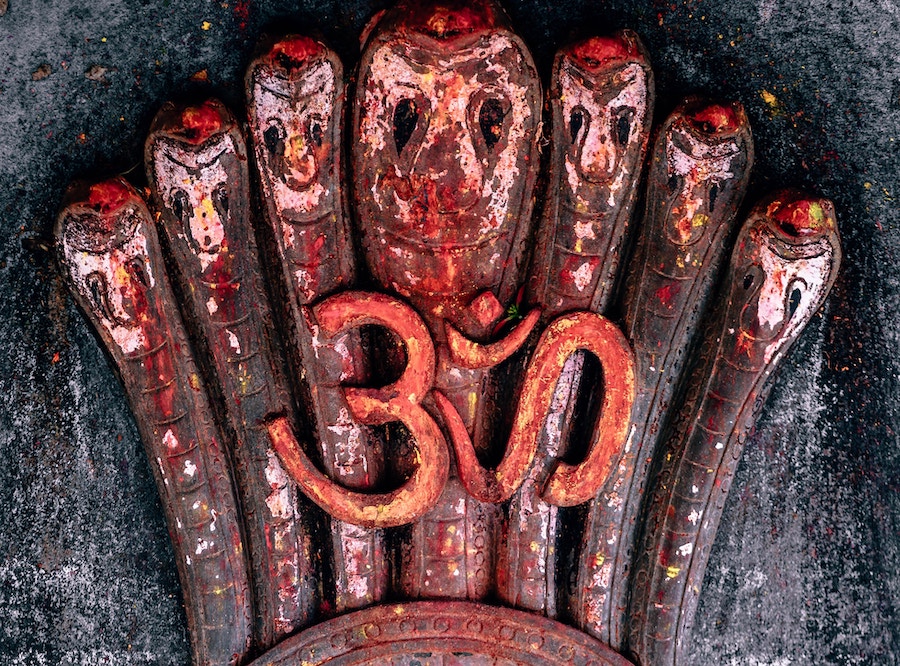 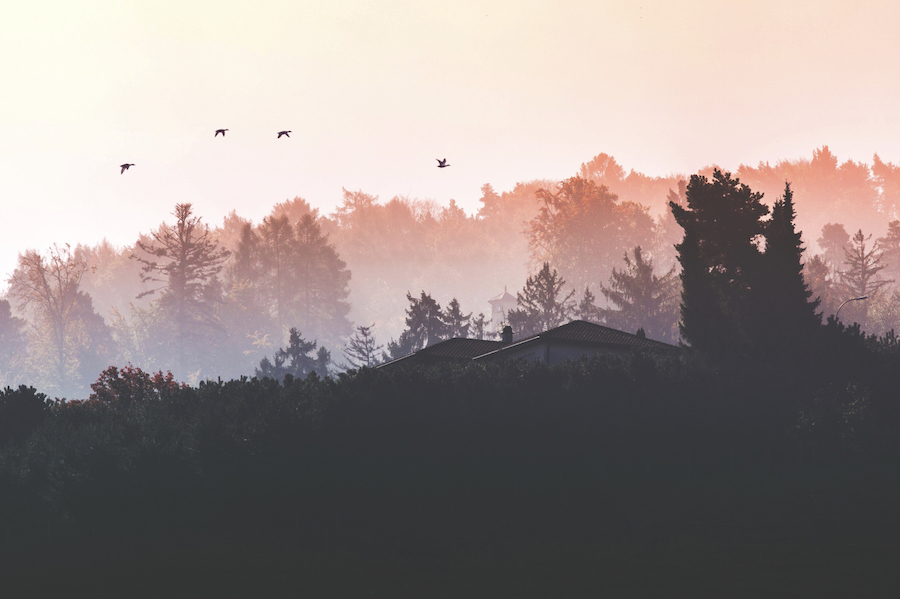